There's something about the very suave and debonair Sajitha Anuththara Anthony which is almost magical. That he will engross you with his dramatic on-screen presence and captivate you with his gregarious character goes without question. The handsome actor, singer and entertainer is, without doubt, a powerhouse of talent. Here in an exclusive interview, Sajitha chats candidly about his life, his style and a very different 'role' he is about to undertake in his extraordinary career. 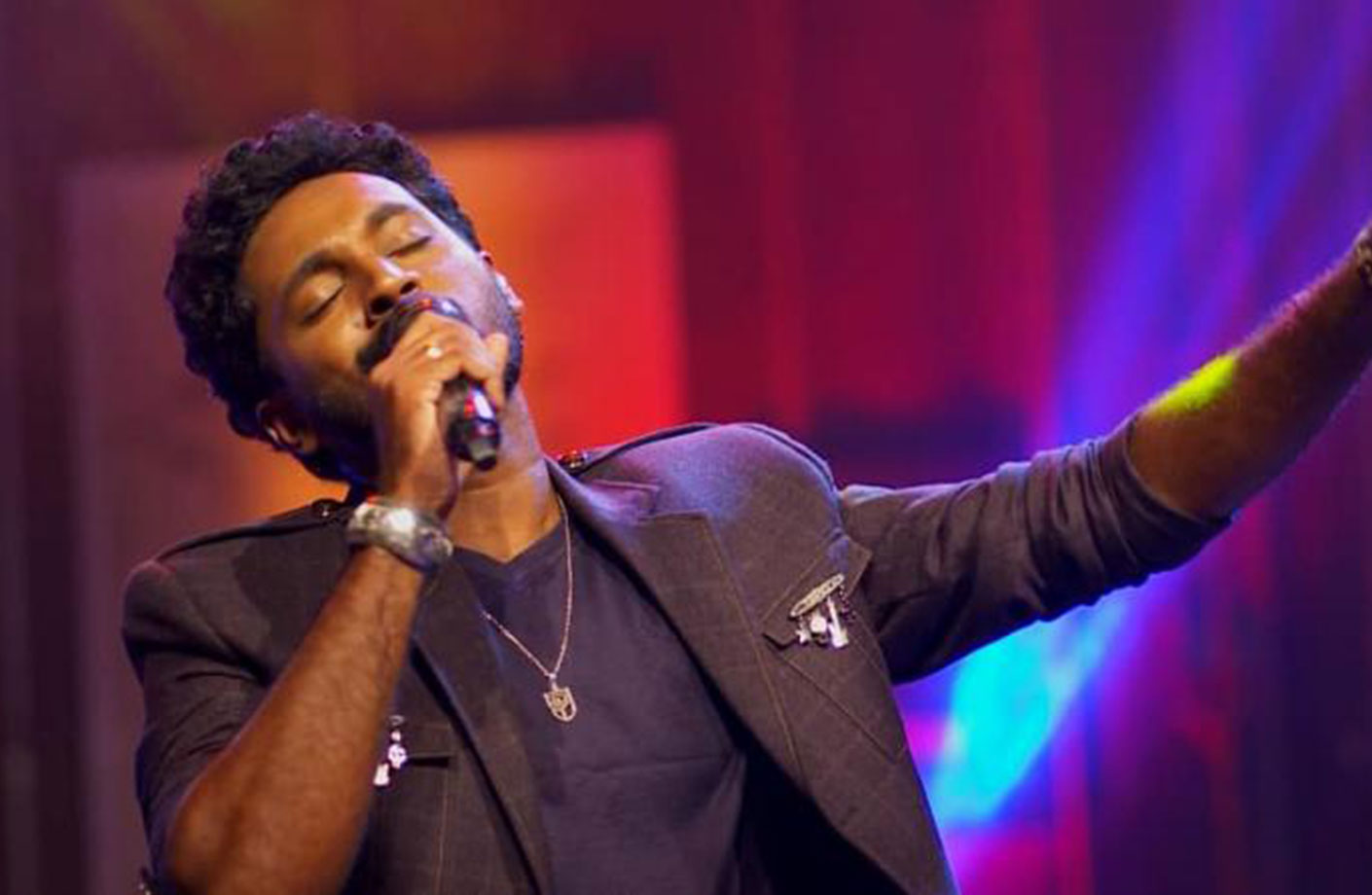 Sajitha, thank you for taking the time to answer my questions.

So, Sajitha, what are your favourite Sri Lankan movies of all time and is there a role that you wish you could have played?

First of all, thank you for taking the time to interview me. I’m very excited!

Well, this is a very tough first question. I've watched many Sri Lankan movies and I do have quite a list, but I must say Prasanna Withanage’s movie “Ira Madiayama” ranks top, while from epic movies I love my father’s (Jackson Anthony) movie, “Aba”.

To answer the second part of your question, I wish I could have played the role “Thun Mulle Padme” in the movie “Gini Avi Saha Gini Keli”

How about techniques? What do you do to create a believable character?

In my day-to-day life, I meet various types of people, and I tend to observe them all quite closely. In fact, this is a regular habit of mine. I’m not being judgemental, but I try to perceive their movements, behaviours and mannerisms.

When I get a script, I try to create a character bible for the persona I get while of course simultaneously discussing the role with the director. I then attempt to live the character’s life and add some gestures from personalities I’ve met in my actual life, as I mentioned before. I’m not sure if you would call this a technique, but I practise the principle that you need to step into the shoes of the character in order to be able to play a role.

What kinds of roles/scripts are you looking forward to doing in the future?

Ah, I'd love to portray a pure villain, something I’ve not done before. I’m really looking forward to being considered for such a role.

I understand you are involved in all aspects of film-making – script-writing, producing, acting, directing. Which would you say is most important to you? Which one do you enjoy the most?

I can't say one is more important than the other. All of this is teamwork. Everything is equally important. However, I can tell you simply that film-making is like cooking a meal and waiting to taste if it’s good or bad.  It all depends on the recipe. So, the scriptwriter should have this top-notch recipe. Everything else falls into place afterwards. I guess what I'm saying is … that undoubtedly, I enjoy doing it all!

Absolutely, I try my best to and, whenever I get the time, I go to a fitness centre. I'm a member of 'OSMO Fitness' and my trainer is Randy Seneviratne. As an actor, dancer and singer, it’s important to have stamina and a flexible body, so this is my main motive and Randy is constantly helping me achieve this.

How have you been keeping yourself occupied recently?

Well, I’m currently working with the TV drama, ‘Nadagamkarayo’, playing the role of Saraa and I'm working on a new song with Nalin Perera of the Marians. I've also got something else very exciting in the pipeline, but I'll tell you more about that later in the interview.

How would you describe your personal style? Are you interested in the latest trends in men's grooming?

Well, I do have a style of my own, I think, but it’s not something I’ve discovered and it’s something that came out naturally I guess.

Do you have a styling signature or particular look that you always find flattering?

Nothing in particular … my hair grows at its own pace and so does my beard … Haha!

After appearing and coming first on the popular reality show 'Derana City of Dance' season 4, when you saw the show on air what was it like? Would you do it again?

Yes of course! It was an unforgettable period of my life and mostly a great learning point for my dancing career. My dancing partner, the talented Shashika Jones, helped considerably to bring out the best in me. I had to practice intensely and I wouldn't mind doing it all over again just for the opportunity to do all that exercise and training.

Sajitha, I have listened and watched the videos of your songs and, needless to say, I was very moved by them. However, 'Kaluwara' in particular demonstrates the cycle of pain and suffering, which I found very graphic and distressing. Was it your intention to provoke such powerful feelings?

Kaluwara is my first direction through my company, Saj Creations. And, well yes, I did want to stimulate powerful feelings as you say. I wanted the bitter truth laid out just as it is without any hidden understandings. We live in a country where certain major incidents aren’t spoken of, something that occurs frequently in the world we inhabit, and I wanted to portray a few of these incidents while creating a mythical video that would bring out some of my versatile characterisations – and not forgetting the musical and dancing aspects.

Sajitha, the pandemic halted the world for the better part of last year and we have not yet discovered the 'new normal' especially with travel restrictions etc. How has Covid changed your outlook on life?

Covid has actually helped me open a few more doors that I didn’t have time for before. For instance, becoming active on social media platforms, improving my practice in terms of singing or evaluating characters, keeping up with international cinema etc … It was a huge change but I believe life is a whole lot of challenges that we need to adapt to and keep moving on.

Once the lockdown is finally lifted for good, what are you looking forward to doing?

When we do have the feeling that it’s now safe to step out and meet people, I have a few plans ready as well as four films that are yet to be released. I'm also working on a major project that I’m really looking forward to sharing with you all, but for now I'll just say 'MidLane' to you.

MidLane? Well, I hope you'll spill the beans before we finish our interview.

Career-wise, what does the future hold? Is there a long-time wish you want to see fulfilled?

Hmm, certainly, I want to further develop my organisation, Saj Creations. Saj Creations is my production house where I can portray all my ideas and concepts. I’ve only produced music videos until now, so I’m hoping to cater to other aspects, such as TV commercials, movies, TV series, and much more with my company.

Finally, Sajitha, as we've already hinted, you do have some exciting news to share with our readers. Can you tell us all about um … MidLane and your rather different new 'role'?

Haha … By all means. MidLane is a spirited 7-member musical ensemble, formed in Colombo, and I've just joined them as one of their lead vocalists. With a combination of pure acoustic string power, sharp dynamics, and prominent vocal harmonies, “MidLane” is a band that builds a rich tapestry from a wide variety of genres and energy, blended with a sense of youthful optimism. I'm very proud to be able to sing and perform with them and I know it will be amazing! If I can just give you the band line-up, it goes like this:

Sajitha, that's wonderful news and we all wish you the best of luck! 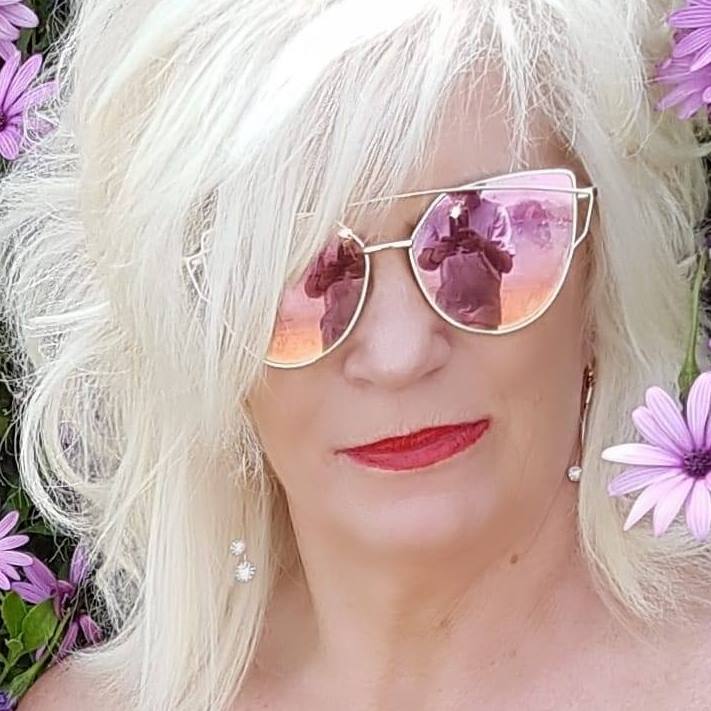 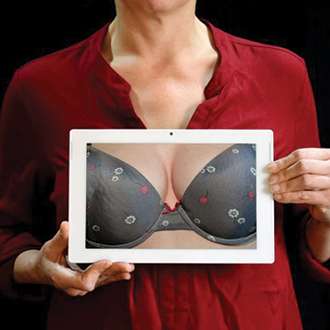 FOR OUR EYES ONLY - LUXURY LINGERIE 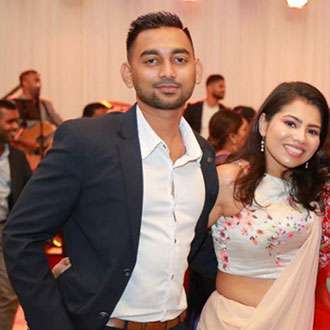 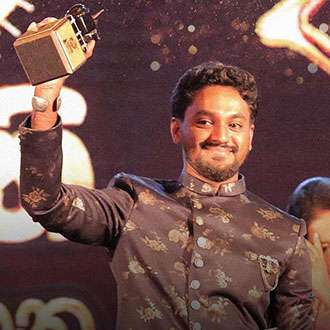 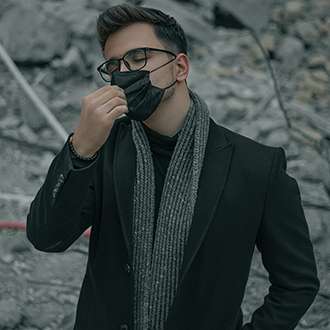 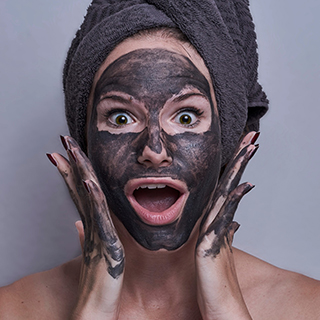 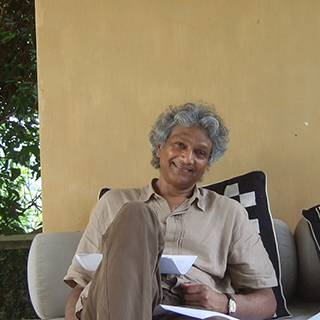